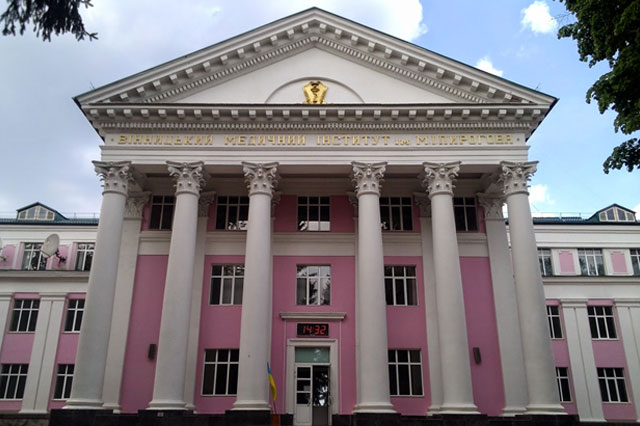 Vinnitsa National Medical University was founded in 1921. In 1960 the educational institution was named after M.I.Pirogov, in 1984 he was awarded the Order of the “Badge of Honor”.Since 1961 University trains foreign nationals and their training has covered more than 6500 foreign graduates from 106 countries.
VNMU is known nationally and internationally for its high quality of specialist training, and was rated by the International Personnel Academy ranking of the schools of higher education as one of the best institutions in Ukraine in 1995, 1997 and 2000.
The University supports creative contacts and collaborates with the medical faculties of universities in 19 foreign countries (including the USA, Germany, France, England, Russia, etc.), clinical branches with 28 foreign pharmaceutical companies have close links.
Teachers of departments are involved in the implementation of 62 international projects. At the medical university 6250 students are trained, including 2080 foreigners. In total about 44000 doctors, among them 2100 specialists of the highest level possessing the Candidate’s and Ph.D., M.D. degrees, including more than 7500 foreign citizens from 106 foreign countries (ofEurope, Asia, Middle East, Latin America, Africa) have been trained.
Enquire Now
Enquire Now